I thought about ending it right there but I figured I’d get lambasted by the Interweb pundits so in the end, I decided against being so cheeky.

But yes, employee engagement does in fact improve customer satisfaction.

Innately, I suspect you know this is true as well. If employees feel as though they are inherently trusted to do the right thing, whatever the defined situation, how can said employee not feel engaged? 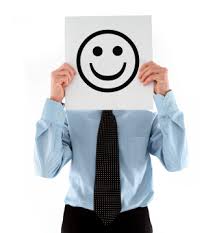 If an employee has a direct manager who is utilizing the CODE, and thus they can be defined as ‘engaged’, wouldn’t their productivity increase and equally spill over to any give customer scenario as well?

And if a customer feels as though they are being treated like royalty by said engaged employee, what might the customer do next?

I know … I’m being cheeky now.

Recently, I profiled two CEO’s in this space; TD Canada Trust’s Tim Hockey and Agilent’s Bill Sullivan. It’s no secret that both of these organizations (and leaders) are favourites of mine due in large part to their focus on internal employee engagement. To me, they both employ the CODE. Furthermore, for both organizations, this has led to record breaking customer service levels … and for bonus marks, significant financial gains as well.

In fact, TD recently took over top spot in Canada in terms of market capitalization at $65 billion.

But is there other research or examples that help define the link between employee engagement and customer satisfaction? 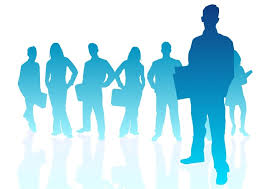 Yes, yes there is.

A study performed by Gallup and the American Government agency known as General Services Administration (GSA) found that “workgroups with higher levels of engagement had, on average, 23 to 26 more highly satisfied and loyal customers, which equated to more than $1 million in revenue” than workgroups with low or slightly engaged employees.

Yes, that’s no typo … we’re referring to a government agency.

In my home province no less, research from British Columbia Stats also demonstrates my point as well.

In BC, they specifically set out to determine what impact employee engagement has on customer satisfaction through research conducted within their Public Sector Service Value Chain model.

Finding 1 Employees’ engagement levels impact the satisfaction of services they provide to their customers. For every two-point increase in employee engagement, we can expect a one-point improvement in customer satisfaction. 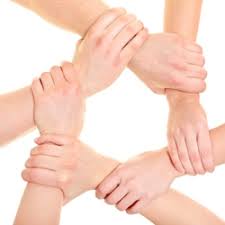 Ok, another one. Through the efforts of Nigel Martin, former VP of Leadership and Learning at Harrah’s Entertainment, (now Caesar’s Entertainment Inc) the company embarked on a two-year initiative to improve internal employee engagement. At the conclusion of their efforts, Harrah’s reported a customer satisfaction improvement of more than 10%.

I probably don’t need to explain the oft quoted examples of Ritz-Carlton, Zappos or Canada’s Westjet either to further my point … but those links take you to even more compelling data points.

I’ll admit that I’m a bit of a research nut, perusing papers on all sorts of topics, so I’ll include one here that further backs the concept. Solomon Markos and M. Sandhya Sridevi of Andhra University published “Employee Engagement: The Key to Improving Performance” where they found:

Engaged employees are emotionally attached to their organization and highly involved in their job with a great enthusiasm for the success of their employer, going the extra mile beyond the employment contractual agreement.

Employees that go the extra mile. Think about it.

And with Gallup Management Journal indicating that only 29 percent of (US) employees are actively engaged in their jobs … it’s no wonder customer satisfaction levels are often so low at so many companies.

So whether you are a high school principal and your customers are students, or a CEO with millions of customers worldwide … why aren’t we all focusing on engagement? Isn’t it the secret sauce to improved customer satisfaction?

An Engaged Culture Improves Performance, Not The Other Way Around

Employee Engagement is not about Buzz Word Bingo

Why Don’t We Tip Flight Attendants?