What If We Rented Tablets?

According to IDC, there were 18 million tablets shipped in 2010.

The organization also believes that more than 46 million tablets will ship by 2014, representing a compound annual growth rate (CAGR) of 57.4%.

How does that stack up against PCs and laptops? IDC expects 398 million portable PCs will be shipped in 2014.

I’m not sure if either IDC or Forrester’s predictions will come true, but there is concrete evidence that tablets are here in a big way, and they’re here to stay.

The pace of innovative change within the hardware specifications of a tablet also seems to be defying Moore’s Law. 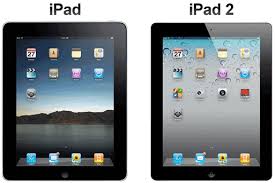 iPad 1 was ground breaking, but compared to iPad 2, it’s is a bit comical. Version two brought two cameras, a weight reduction of 79 grams, thickness reduction of 4.6mm yet the addition of a dual-core processor and 256 MB of RAM.

iPad 3 (predicted to ship in Q4 or Q1) is rumoured to include such features as retina display, the Apple A6 processor, HD screen and more storage space.

It donned on me that the pace of change with tablets might actually help the less fortunate, not-for-profit organizations and schools get in on the tablet train.

For organizations that are buying large amounts of tablets for their employees (SAP, United Airlines, Tampa Bay NFL club) what happens when they upgrade? Of the 25 million iPads sold thus far (just as an example) when those consumers flock to iPad 3 or iPad 4 … what becomes of their device?

Thus, my idea to rent tablets through some form of rental service.

Let’s presume that the technology features of a tablet are upgraded each year. (and yes, there is the presumption that companies and consumers will upgrade at some point)

What if the company or the consumer rented the tablet, somewhat like an annual subscription service?

Hypothetically, the company or consumer could pay $20 per month for the use of the tablet. When the next device version comes around, the company or consumer simply hands in their device and receives the new one. In return, whatever company is renting out the tablet can then flip the device over to a non-profit or school for $5-$10 per month for a set period of contract length … until the device is essentially paid for.

This has a few benefits:

Is this idea achievable? Is it already being practiced somewhere?