In this the era of pervasive short-term thinking, a surprising lack of thinking and a general loss of critical thinking, I found myself “thinking” about my favorite band, The Tragically Hip.
The Hip—the affectionate and arguably ironic nickname of the group—is a thinking person’s band. 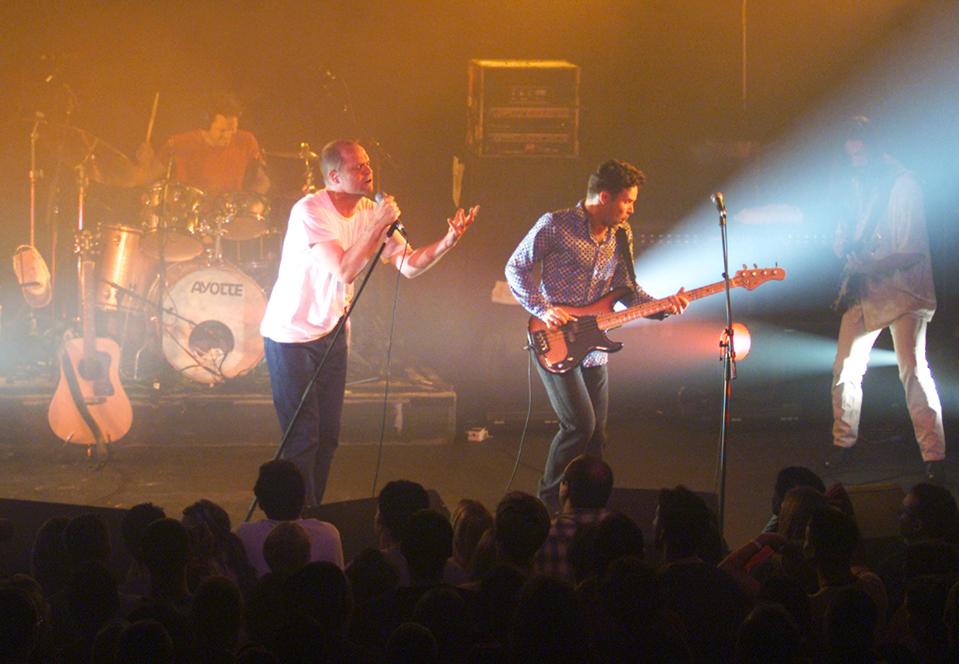 Over a 30-plus year career, they have woven their mercurial version of “the blues” into 13 studio albums. If you were looking for simple chords and approachable lyrics, The Hip would be last on your list of music choices. In 2014, Rolling Stone listed the band as one of 20 Hugely Popular Musicians Who Haven’t Gotten Famous in America (Yet). The band has sold more than eight million albums in their native Canada but in the U.S., for the most part, crickets.
But as I reflected on the band this week, I began to think about the 100+ concerts I’ve seen over a 25-year period. My first show was in August of 1991 in Montreal. At that first gig, I was taken aback by both the stage presence of its lead singer, Gord Downie, as I was by the intoxicating vibe that emanated from Paul Langlois and Rob Baker (guitarists) as well as Gord Sinclair and Johnny Fay (rhythm section).
As the shows piled up over the years, I began to notice a trend.
This band was actually thinking out loud each night they went to work. On stage.
Musical acts need, well, music. If there’s no music, there’s nothing to sell. Nothing to tour with. Nothing to sing or play. Some acts will write the music in the confines of a hotel room, a music studio, perhaps in a dressing room. Maybe they write songs in their home.

The Tragically Hip are much different.
While their concert setlists range between 20 and 26 songs, often there were more songs played. How?
First, there is Gord Downie. Known as Canada’s unofficial poet laureate, he can be seen reciting words and phrases (even poems) before, during or after a song is played live by the band. In fact, what he’s doing is working out lyrics for future songs. Live. On stage. Those snippets may never see the light of day, but if you’ve followed their career as I have over a 25-year period, you often see those phrases appear in an album months or even years later.
Second, there is the band itself. It’s one thing to start waxing lyrical while on stage (as Downie does) but it’s another to begin building the makings of a new song, right in the middle of an existing one.
Most songs that a musical act writes are made up of the following structure:
• Verse / Chorus / Verse / Chorus / Bridge / Chorus
Imagine when it comes time for the bridge, a band trying to work out—live on stage—an entirely new song for potential inclusion in an upcoming album. Coupled with new lyrics and/or poetry from its lead singer, you get some amazingly original yet “thinking out loud” experiences.
Put simply, The Hip is a band that works and thinks out loud.
Perhaps the best way to explain this “a-ha” moment of mine is through an example.
It was August of 1996. The Hip was touring their latest album, Trouble at the Henhouse, which had released three months prior. Vacationing in southern Ontario, Denise and I made the four-hour drive to Cleveland, Ohio. The venue was the Odeon, a magnificent emporium of sound and soul. There were less than a thousand of us in attendance. Remarkably, in the middle of the dance floor I bumped into an old school friend. He lived in Montreal. He drove further than I did. Crazy Canadians.
Through the first eight songs, there was ample adlibbing from Downie to fill a new album of lyrics. The cerebral circus was in full swing. The ninth song into the show, however, was At The Hundredth Meridian, a tune that clocks in at just under four minutes on the album version. In Cleveland that night, it lasted roughly 13 minutes.
Sure enough, when it came time for the bridge, the band went into another musical orbit. There were bits of three different songs that would eventually end up on the next album—released two years later—while they also managed to play another full song that still has never been released. The magic in the entirety of that song was watching the band mates give each other physical cues, building off one another to extend the moment. In total, there were bits of six different songs played in those 13 minutes. But only one was officially At The Hundredth Meridian.
Throughout their career as live musicians, The Hip were never scared to try, to meander, to see where their “out loud thinking” might take them. Was it brave? Maybe. What it taught me—and the countless times I have seen it in action—was not to be afraid to put your unfinished thoughts out there in the public domain.
At work (in my real job) I have learned to float ideas, not to bottle them up. Those ideas could surface through blogs, meetings, discussion forums, and so on. Ideas need oxygen. Ideas need an imperfect ear. Ideas need to see the light even if the moment seems dark and confusing.
In my writing as an author, I have learned to use my personal blog to try out ideas, concepts and general thoughts. They don’t all make sense—they don’t all make it to a book or an official article—but it’s most definitely a ‘thinking out loud’ vehicle.
After all these years, after seeing more concerts than I can count, my thanks go out to The Hip for mastering the art of thinking out loud. Indeed, it is a beautiful thing.

Please consider donating to the: