Has the Economic Meltdown & 9/11 Impacted our Definition of Teams?

Whether society is currently in the middle of one massive economic meltdown that commenced in 2007 (which even the IMF has trouble discerning what the root cause was or is) or we’re entering into another distinct meltdown period altogether (ie. 2011 onward), one thing for certain is that the times, they are a changing.

Thanks to RITA, (Research and Innovative Technology Administration through the U.S. Department of Transportation) we’re able to view commercial airline passenger traffic for any given period of time.

The chart below shows commercial airline traffic in terms of the number of passenger ‘enplanements’ between June, 2001 and June, 2011.

There are three key trends or periods that I’d like to highlight:

Due to the horrors of September 11, air travel was forever changed. The three years post September, 2001 (Phase 1), saw a massive reduction in air travel, but ‘Phase 1’ (in my hypothesis) was also the beginning of the period when we began changing the way teams in the corporate world were formed and operated. Due to the onset of reduced travel budgets, anxieties, and so forth, corporate employees simply began travelling less which led to less face-to-face meetings for whatever scenario.

Phase 2 saw a return (and also an increase) to pre-September, 2001 total air travel enplanements. It’s my second hypothesis, however, that on a pro-rated basis, the number of business travel trips was less than the pre-Phase 1 period, after taking into account overall business growth itself. (ie. number of new businesses, number of new employees/jobs, etc.)

Phase 3 is indicative of the global economic meltdown that began to rear its head in August of 2008. Although not at the same level of impact as in Phase 1, the various financial and economic crises have forced corporations to once again tighten their travel budgets, thus once again impacting how employees conduct business with one another. Factor in my hypothesis of pro-rating the number of enplanements itself, and I suspect we might be at Phase 1 actual levels.

So what does this all mean?

There are a lot less physical eye-to-eye interactions in companies today and in the foreseeable future.

Does this have an impact to the definition of a team? 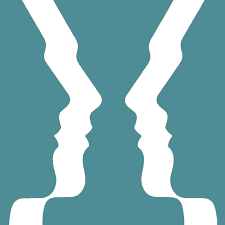 What might have been done face-to-face is now being shelved entirely or accomplished over conference calls, web meetings and virtual technologies. Leaders who may have conducted conferences, team or employee meetings or learning sessions are now being forced to employ alternate strategies to accomplish what might have previously been done face-to-face.

This must have some effect on the definition of a team, or at a minimum, the way in which the team interacts, operates and achieves its goals.

For example, if a new employee to a team never has the chance to meet its leader or other team members face-to-face, they may never understand the nuances of body language, inside jokes, or past experiences due to the formality of an all-online/conference call experience.

The water cooler becomes ones and zeros as opposed to a refreshing splash of social reality.

And yes, those that read my musings in this space may be wondering, “but dp, you’re a social learning/networking/media freak … how can you be stating this?”

It’s true, I do sound someone ironic. But I’ve also always stated that both learning and leadership is part formal, informal and social. I love my world of social everything, but once in a while, face-to-face meetings are important, and I worry for some corporations and teams out there that have had their interactions completely amputated.

I do believe with the advent of various web and social technologies, coupled by the Phase 1 and Phase 3 events outlined above, we have forever changed the definition of a ‘team’. (even though, I have defined TEAM over here)

What we should do next is properly define the new ‘team’ going forward, and determine how best to make the team high performing given travel reduction certainties into the future.

2 comments on “Has the Economic Meltdown & 9/11 Impacted our Definition of Teams?”