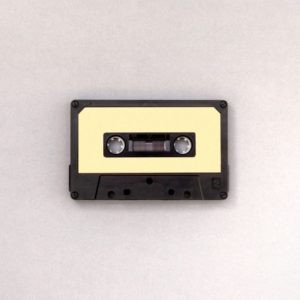 Dan Pontefract September 2019 Music Playlist (When You Have The Blues)

Halfway through George Harrison’s song, “For You Blue” from the Abbey Road album, you hear him say, “Elmore James got nothin’ on this, baby.” As a 10-year-old I was intrigued.

Who the heck was Elmore James?

So, you could say that the Beatles got me into the blues. I eventually went on a hunt in the encyclopedias of my public library to find out more about Elmore James. Who was he? Why did George Harrison care so much about him to make a reference in a song?

It didn’t make much sense to me, even after I found out that James was an “American blues guitarist and bandleader.”

As I matured and kept that name in the back of my head, I eventually got the blues. Not literally, musically, of course.

Between the blues and R&B, there is an almost endless ocean of deep, heavy, reverberating baselines with funky guitar solos to feed your soul for a lifetime. I think about how almost every rock band was influenced by the likes of  B.B. King, Bo Diddley, Muddy Waters, Buddy Guy and of course, Elmore James.

I think about my beloved Tragically Hip and how “New Orleans is Sinking,” “Grace, Too,” or “Machine” are baselines right out of the 1950s.

I think about the Rolling Stones, or Bruce Springsteen, or Pearl Jam, or U2, or Dave Matthews Band. None of them exist without these pioneers.

The playlist could have lasted three days. For now, here are a few gems with a sprinkling of artists that were influenced by their greatness. And yes, “For You Blue” pays homage to these legends and ends the playlist.

Click here to be taken directly to the playlist on Apple Music.

Note: every month, author and leadership strategist Dan Pontefract curates a music playlist. Usually, there is a theme. Dan has always wanted to be a music DJ, so this is his thinly veiled attempt at accomplishing that lifelong goal. If you have any “songs” you’d like to see recognized, send him a note. As an aside, he took over as the DJ from his own wedding in 1995 because he didn’t think there were enough people dancing. Things changed rather dramatically when he took the stage.

Did ‘The Beatles’ actually collaborate or were they working in silos?