A Summer of Anonymity is Over

Throughout the months of July and August in 2011 I descended upon a self-induced experiment to curb my participation in external and internal (enterprise) social media.

Specifically, I refrained from blogging as well as posting any comments anywhere in the months of July and August. In August itself, I refrained from micro-blogging either in Twitter or Google+ or within the tool we use where I work. I also wanted to see if I could go without using any mobile devices in the month of August.

In part, I think I needed a bit of a mental break. 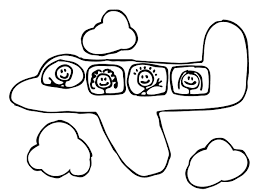 Between June 15th and August 20th I travelled 48,000 kilometers, spoke at six public events, wrote 3 magazine articles, attended the Game 7 Stanley Cup final and walked through a city riot to get home, took a 3-week four-city holiday, slept in 14 different beds … oh, and packed up a house (with an eight, six and four year old) and moved cities. Sadly, we didn’t lose any of the children through our journeys.

In part, I was also very curious.

For the better part of the past eight years, I’ve been immersed in a culture of collaboration, both philosophically and physically, whether personally or professionally.

What would it be like to specifically refrain from sharing? Could I actually go without using social media or social networking? Would anyone even care that I had fled from contributing anything back to the grid? Could I even survive without utilizing my iPad, iPod Touch, Blackberry or laptop on a daily or perhaps hourly or perhaps by the second basis?

Could I turn into an anti-social person?

Think Shrek, in his swamp days.

What I found out quite early on during my experiment is that my mobile devices, whichever flavour, are as important to my self-sustainment as is regular doses of Stella. Notice I stated my mobile devices and not my laptop.

Whether in a lounge, a hotel, taxi, beach, restaurant, lobby, or simply walking around, I found I couldn’t live without feeling connected to ‘you’ through my mobile devices.

I learned from ‘you’ many things as well. Current events such as the passing of Jack Layton, an earthquake in Eastern North America, uprising in Libya and various technology industry tidbits such as the purchase of Autonomy and death of the TouchPad, to other societal issues such as America staving off bankruptcy, to S&P’s infamous lowering of USA’s credit rating, to Hazare’s hunger strike. 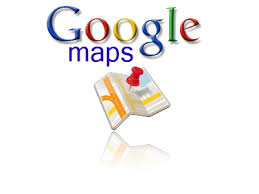 Next to beer, I also learned that Google Maps is the best invention ever. I hadn’t thought prior to this summer how much I truly relied on it. Perhaps I’m simply geographically challenged to go along with my ultimate challenge of a lack of hair. Whether in Montreal or Bermuda or Boston or wherever I was, I utilized my various mobile devices and Google Maps on a daily basis. It’s also become a staple in the city I now call my second home (in addition to Vancouver) as I navigate streets, buildings and new areas for the first time.

But I was anonymous, failing to contribute, opine or share in any way, shape or form, and I ultimately ended up feeling guilty by the end of August. In a way, I felt disconnected.

Here I was, unable to remove myself from the use of mobile devices, but actively lurking in a consistent or perhaps continuous level.

At the end of the experiment, I learned I can easily shut off email (for the record, 826 corporate emails weren’t looked at until I returned from an unplugged work holiday … but personal emails were addressed as necessary) but it was way too difficult holding myself back from sharing. I felt un-collaborative. It felt one-sided. I felt unnatural. It felt like I was in a somewhat hierarchical relationship.

My summer of anonymity was, perhaps, a success. I learned I’m more comfortable at naturally sharing rather than hoarding my thoughts, opinions, knowledge or ideas.

And thanks to ‘you’ for continuing your level of sharing. It helped me to uninterruptedly learn throughout the summer months.