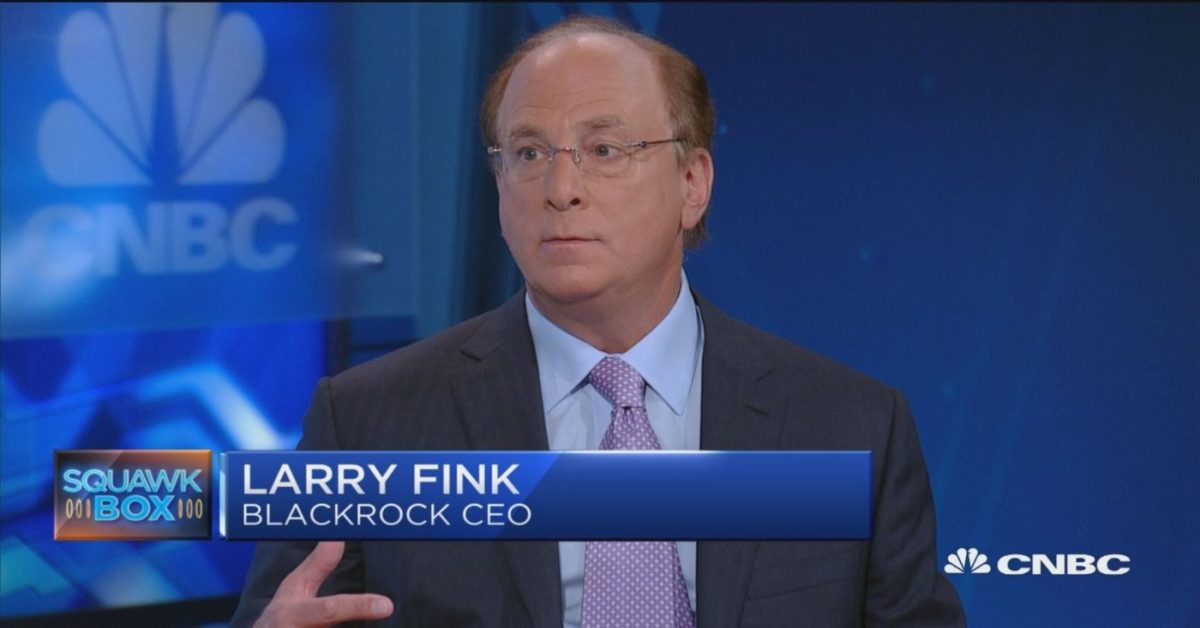 Larry Fink is the CEO and chairperson of New York-based BlackRock, an investment management firm. BlackRock manages roughly $6 trillion in assets on a global basis. Because of its sheer size, The Economist once referred to BlackRock as the world’s largest “shadow bank.”

From my backseat driver vantage point, Fink long ago saw the light regarding what ails society and the leaders who are at the helm of for-profit organizations.

There is a blinding fixation on putting profits ahead of purpose. Indeed purpose seems to have been forgotten or worse ignored.

Senior leaders—and arguably a for-profit organization’s board of directors—continue to operate with their head in the sand. Fink’s annual letter to CEOs points this out admirably.

First, he sets the stage of today’s calamitous situation with the following lines. In summary, it’s not pretty.

Once one digests Fink’s landscape setting, one gets the sense we sit on the cliff of a perilous future. From an ingrained short-term, myopic, shareholder-return-is-the-goal strategy to a yellow vest uprising, the world seems destined for moral bankruptcy. Fink sees this, too.

But he implores CEOs to think differently with an astute observation.

And there it is — a call for purpose. Fink rightly points out that as the world crumbles, it just may be the CEO’s role to save it. He suggests there is “an extricable link” between purpose and profit. “It must begin with a clear embodiment of your company’s purpose in your business model and corporate strategy,” he wrote. “Purpose is not a mere tagline or marketing campaign; it is a company’s fundamental reason for being – what it does every day to create value for its stakeholders. Purpose is not the sole pursuit of profits but the animating force for achieving them.”

And there’s the rub. Few companies and a scant number of CEOs think this way.

Research has proven that purpose-driven organizations are more successful if they operate with the long-term in mind. Serving all stakeholders (customers, team members, partners, suppliers, community, and environment) and being ethical with all actions is essential. Refraining from managing to the short-term—often referred to as short-termism—has to become a CEOs new raison d’etre.

A study conducted by McKinsey Global Institute in cooperation with FCLT Global demonstrated that firms focusing their business on the long-term had 47% higher revenues and 36% greater earnings. Furthermore, over 14 years, these firms added 12,000 more jobs on average than their peers. The study went on to suggest that had all organizations acted in this manner the U.S. economy would have grown $1 trillion, creating more than five million jobs.

Further down the letter, Fink highlights the positive relationship between purpose and profits.

I spent three years (2013 through 2016) researching the relationship between purpose and profits, as well as its importance on organizational culture, employee engagement, customer satisfaction, and productivity. Out of that research came my second book, titled The Purpose Effect.

I discovered that when an organization balances the obvious need for profits with an operating model that is purpose-driven, all stakeholders (not just shareholders) end up winning. Employees are happier. Customers return for more purchases. The community earns positive spin-off and windfall benefits. The environment and our planet are protected. And yes, profit seekers and shareholders are rewarded.

But it requires a higher level of leadership, not just of the CEO, but the board, the C-Suite, and every leader throughout the firm.

Fink concludes his letter with the following passages:

Indeed, “your leadership is indispensable.”

It is time to stop the rhetoric of purpose and instead CEOs and senior leaders ought to do something about it.

Time is running out.