The edX, Udacity and Coursera Showdown 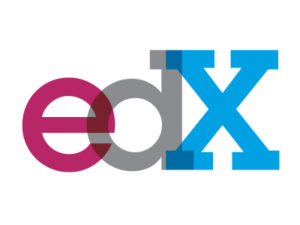 The higher education online learning gloves are now officially off.

Let’s first recap the dizzying pace of change, announcements and launches that have occurred since the Fall of 2011 between Udacity, Coursera, MITx and the latest free-learning darling, edX.

It was a mere three months ago in February when I questioned whether Udacity and Coursera were in fact reforming higher education. (Udacity even has a new funky logo since last February) 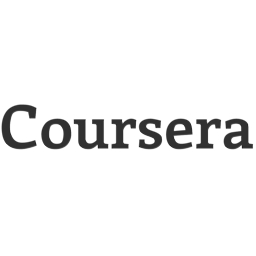 Arguably they already have, based not only on the launch of edX in the academic vertical but continued (perhaps competitive?) innovations occurring in the corporate learning space from Skillsoft, Pearson and Saba among others. And let’s not forget other great ideas like 3D GameLabs at Boise State University or of course Khan Academy and the recently launched TED-Ed or Google’s Search Education.

But let’s focus our attention on edX, MITx, Udacity and Coursera.

Some of you may be thinking this is reminiscent of the 1990’s West Coast versus East Coast rapper wars with a stand-off between Silicon Valley and Boston-based universities. Thankfully the recent additions of Princeton, uPenn and uMich to Coursera have alleviated that theory. This is not a Stanford vs. Boston Ivy League coastal duel.

So what is going on? 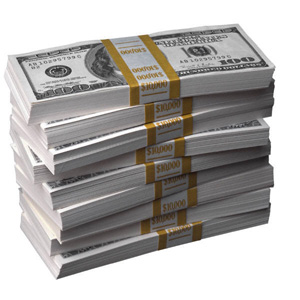 That’s not a bad thing, but I believe it is about money. How so?

Collectively, we know that $81 million dollars has been invested in the three (or is it four MITx?) fledgling online entities thus far. Thrun even put $200k of his own money additionally into Udacity. I also wouldn’t be surprised if the new Academic partners in Coursera have also funded the endeavour, perhaps behind the scenes.

Some of that money is being invested by venture capital firms. Unless the purpose of a VC has changed and pigs can now fly, it reasons to stand these funding partners have their eye on a bigger prize downstream. When Harvard realized the Bruins were out of the Stanley Cup playoffs, they decided to get cozy with MIT and their MITx initiative. With each institution investing $30m into the pot (when MITx launched a mere 6 months ago) shows you how much potential new money is at stake. This is a classic example of investing for the long term by all stakeholders from each of the projects.

Harold Jarche’s observation with me over Twitter was a classic Jarche-ism. Data; those hundreds of thousands of people enrolling into courses, for free, are submitting an awful lot of data, and perhaps it’s the data that can be sold at a later date by the partners. Think about companies who may be keenly interested in analyzing the online studying behaviours of people. It’s those learners who are receiving a free course that will be (unknowingly?) providing data points to companies in search of trends and the like.

There is the possibility that edX and Coursera in particular are using these non-credentialed courses as loss leaders. (see the FAQ of edX – no Harvard or MIT recognition comes with a completed course nor are any credits issued) If the courses are free, and they lead to nothing more than a certificate of completion (affiliated by no university whatsoever) students may want an actual official degree or designation from one of the Academic institutions at some point for their efforts. Do you really think Harvard is simply going to give away their crest for free? MIT? Princeton? Highly unlikely. I see these projects as opportunities to upsell fee-based programs and degrees that otherwise might not have occurred due to the lack of a sales channel.

Or possibly the online free courses can add up to an official credential at some point, but the student would have to purchase the actual articulation. For example, a student completes 120 articulated credits via Coursera over a 6-year period, and she wants a degree now to show for her efforts. Through the magic of the partnerships, the student can be provided the degree for a fee. Brilliant if you think about it. What originally was free could now be a revenue stream for the academic institutions and both parties are happy.

This approach might even allow for the mash-up of a degree. If I’d like a Bachelor’s Degree from Princeton in the Humanities, perhaps I can come up with my own choose-your-own-adventure curriculum via Coursera and after the articulation has been completed (and I pay the fee) … voila I’m a Princeton grad.

What about the corporate learning space?

Well, if I were some of the companies listed above, I might be a little worried. I’d at least pay closer attention to what is going on.

Where there are VC’s there is (usually) money to be had. And if Coursera, edX and Udacity prove me right, they eventually will get into the corporate learning platform space. I see a day where corporate customers will utilize a cloud-based version of their platform but in a secure, private manner. Those same customers may even utilize content from the academic institutions – whether it’s the free options or aspects of executive education that is highly sought after by corporations and lucrative to those academic institutions noted above.

This disruption that is occurring in the academic space is foreboding; I see it as the potential merge of corporate learning with academic institutions. Either way, the gloves are off.

Stay tuned for a wild ride ahead.

Higher Education & Budgets: Collaborative or Not?

7 Replies to “The edX, Udacity and Coursera Showdown”