I’ve had music pop star Taylor Swift on my mind for the better part of a year. It could have something to do with my young girls repeatedly playing her latest album, 1989, (bought on iTunes, naturally) since it released.

As a consequence, even I know all the words to the song “Out Of The Woods” now. 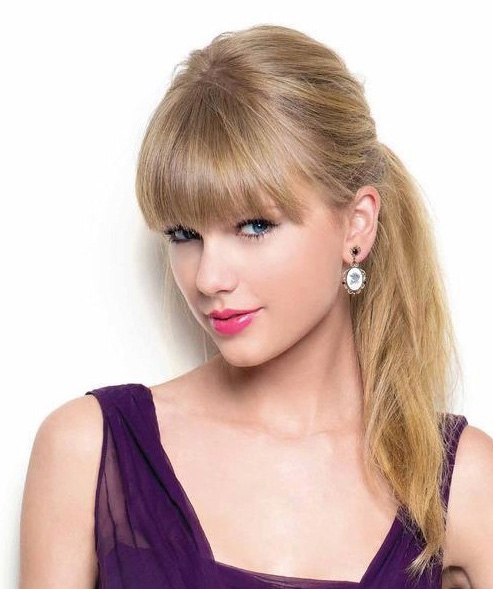 Last year, she decided to pull her music from online music streaming service Spotify. Speaking with Time, Swift said, “I think there should be an inherent value placed on art.” That decision was made in early November, but clues were dropped earlier in the year of the inherent value she places on art, like music.

For example, in an Op-Ed piece penned to the Wall Street Journal, Swift wrote:

Music is art, and art is important and rare. Important, rare things are valuable. Valuable things should be paid for. It’s my opinion that music should not be free, and my prediction is that individual artists and their labels will someday decide what an album’s price point is. I hope they don’t underestimate themselves or undervalue their art.

With Swift’s recent decision regarding her music on Spotify – not to mention the Op-Ed piece at the Wall Street Journal – one must have assumed (if you work for Apple) that she would respond at some point.

When Apple announced Apple Music on June 8, the company indicated its customers would be able to sign up for a free three-month trial membership. It’s the classic “try before you buy” adage.

It sounded good to everyone.

You know, the artist whose latest album, 1989, had sold over 8.6 million copies worldwide by February of 2015, according to the International Federation of the Phonographic Industry.

Artists just don’t sell albums like that anymore, it seems.

While the free three-month trial membership to Apple Music might have looked great to consumers (and to Apple as a way to entice people to purchase its new service) it was the fine print that irked Swift.

The artists weren’t going to be paid during this three-month trial period. Their music would be available, but whatever arrangements Apple set up with the music recording industry players resulted in no payment to the musicians (err, the artists) during the trial period.

On June 21, Swift penned another column (this time on Tumblr) titled, “To Apple, Love Taylor.” In it she wrote:

Three months is a long time to go unpaid, and it is unfair to ask anyone to work for nothing. We don’t ask you for free iPhones. Please don’t ask us to provide you with our music for no compensation.

The column was gobbled up by mainstream and social media outlets. It was everywhere.

Apple will always make sure that artist are paid #iTunes #AppleMusic

We hear you @taylorswift13 and indie artists. Love, Apple

That is, the company reversed its decision and any musician (err, the artists) will now be paid during the Apple Music three-month trial period.

How is this story a demonstration of open leadership?

In the case of Spotify, Swift and her management team pulled her music behind closed doors, and seemed to leave it at that. To this day, Swift’s music is not available on Spotify, and neither side has truly openly debated or discussed the situation.

In the case of Apple Music, before the music streaming service ever commences operations, Swift openly wrote an opinion piece (via her Tumblr post) that outlined her concerns and wishes. Sure, she stated her music would not be available unless things changed, but the openness and thoughtfulness of the piece gave Apple time to react. She wasn’t writing or sticking up for herself. Indeed, she was writing on behalf of the artists who can’t afford to go three months without being paid. That is a remarkable demonstration of open leadership.

The ball then swung into Apple’s court. What to do? Ignore the backlash and the army of Swift supporters?

Apple could have balked, hidden behind company (and legal) walls or simply ignored the problem. Many organizations do this.

Instead, it took all of seventeen hours to reverse the decision. And how did the reversal get communicated?

Peter Kafka of Re/Code caught up with Eddy Cue after the Twitter announcement reversing the decision, and Cue stated to him:

For me, with Cue calling up Swift, it demonstrated yet another example of open leadership in this short but enlightening story.

And in the end, Swift publicly responded with another tweet:

I am elated and relieved. Thank you for your words of support today. They listened to us.

Be open. It can do wonders for your business and your brand.

Maybe both Apple and Swift are now “Out Of The Woods.”