Picture this for a minute.

You’re facilitating a face-to-face meeting with about six people. You’re presenting a couple of topics on the overhead projector that describe next year’s objectives. As you emphatically make a point, back turned to your attendees and you’re moving towards the screen, half of your audience pulls out their mobile device seemingly trying to see who just emailed, tweeted or texted some obvious morsel of urgent information to them.

You ask a question.

You ask the question again, only this time you pinpoint Jason – one of the attention deficit culprits – asking him to respond.

He asks you to repeat the question because in his words he “didn’t hear the point you were trying to make.” 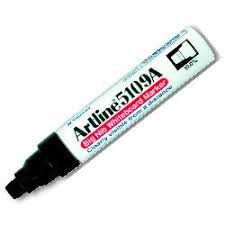 You take a white board marker and hurl it towards Jason with pace and precision, leaving an indelible mark square between his sheepish looking eyes.

Contrition is the last thing on your mind.

How did it get to this?

Basex, a research firm based in America published a report in 2005 entitled, The Cost of Not Paying Attention: How Interruptions Impact Knowledge Workers Productivity. In it they assert the average knowledge worker loses roughly 2.1 hours of productivity every day due to interruptions and distractions. That’s right, about 28% of their day.

Even worse, that research was before Twitter, Google+ and Facebook … and for the most part, the launch of Enterprise 2.0 within the organization itself.

Although I truly believe social media is improving internal engagement, solving customer issues faster, and connecting people to people and people to content in ways that have never been achieved prior to Enterprise 2.0 launching inside the organization, I’m starting to think we need to take better care of those that are addicted to the notification of notifications.

And for many of us, multi-tasking doesn’t seem to be the silver bullet either.

David Meyer, a psychology professor at the University of Michigan, published research indicating productivity of people is actually stalled when they try to accomplish two things or more at once. Meyer reports that people who purposely switch back and forth between answering emails, the phone, tasks, conversations, etc., may actually spend up to 50% more time on those tasks than if they were to separately work on them, completing them in a start-to-finish sequence accordingly. 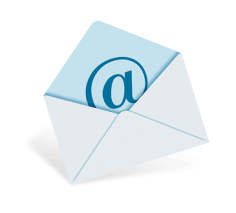 Jackson, Dawn and Wilson in “The cost of email interruption” (Journal of Systems and Information Technology, 5, 81–92) observed the email behaviour of a group of employees over a period of time. They found that it took the employees, on average, 1 minute and 44 seconds to respond to emails with a remarkable 70% of the employees reacting within only 6 seconds. The workers then usually took an average of 64 seconds to return to the work they were performing in the first place.

For some of us (not all of us), the action of performing two actions at once is actually slowing down our productivity.

Other researchers and academics are paying attention to this phenomenon as well. So much so that an actual Internet Addiction Disorder Scale (IADS) was developed by Ferraro, Caci, D’Amico and DiBlasi in their Italian study found in the February, 2007 edition of Cyberpsychology & Behavior & Social Networking. Ofir Turel and Alexander Serenko took the IADS and ran a series of experiments in 2010. They concluded that between 6% (conservative estimate) and 17% (liberal estimate) of individuals in the research may meet mobile addiction criteria. Their findings can be found in Communications of the ACM (May 2010, Vol. 53 Issue 5, p41-43) with a fascinating article entitled, “Is Mobile Addiction Overlooked?”

Even non-academics are getting into the game. 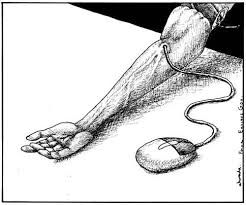 In one corner, we have the Information Overload Research Group (IORG) who are “dedicated to addressing the problem of information overload, an ongoing crisis that diminishes productivity and quality of life among knowledge workers worldwide.”

Both of these groups might seem somewhat internet addiction/overload apocalyptic, but I think they might actually be onto something.

And what about those crazy cats that are <gasp> driving and attending to their mobile device notification problems at the same time?

According to influential research via the University of Utah, using a cell phone while driving delays a driver’s reaction time as much as having a blood alcohol concentration at the legal limit of .08%. That’s right, it’s pretty much safer to drive drunk than check your mobile device for tweets, emails and texts while behind the wheel.

If that’s not enough, the American organization Insurance Institute for Highway Safety has reported that drivers who use mobile devices while driving are at least four times as likely to cause accidents serious enough to injure themselves and/or others.

Yes. We face a conundrum in the coming months and years with an increase in notification based communication and learning processes yet (as the research shows us) climbing trends in attention deficits, multi-tasking crises amongst other personal, organizational and at times psychological issues should force us to pause for concern.

I’ll leave the final word to Sahar Moussa from the Kuwait Times, “When ‘Blackberry’ and ‘Apple’ were just fruits”:

<the> Internet is an essential tool for work, education, and communication but why are we so obsessed with social networking websites and devices?

The Corporate World’s Worst Phrase: Do More With Less