For those that know me, I started out my career many moons ago as a K-12 educator.

For some of you, I’m sure you’re thinking, “what a lunatic”.

I only lasted three years but I look back on those years, nevertheless, with the fondest of memories.

Truth be told though, I didn’t last because I was in the minority.

But, alas, I was young, naïve and perhaps a little pig-headed.

Fast forward many moons later, through career stops in higher education and the corporate world of learning and collaboration, I’m finally coming back to those K-12 days.

I’m back because the so-called 21st Century Learning movement is no longer trying to merely flank the system; it’s a full-frontal assault.

And that’s bringing an ear-to-ear smile to this follicly challenged head.

I’ve always considered the education space to be somewhat similar in overall intent regardless of audience. Whether at the K-12 bracket, higher education or corporate, I’ve had the fortune of working in and with all three audience groups. Learning is forever part formal, informal and social. (more on that concept from me over here)

As it relates specifically to the K-12 domain, however, I believe the entire spectrum (administrators, parents, teachers, students, publishers, vendors, politicians, etc.) requires one simple model to help shift the thinking and to bring the discourse to a state of actually doing something about it. Enough talk, let’s get on with it.

For the past few years, I’ve been mentally musing such a model for the K-12 domain.

It may not yet be fully formulated, but it’s as good a time as ever to put it ‘out there’ to get your feedback and thoughts, should you be so inclined to help bring it over the finish line.

And to be clear, I’m not referring to the skills that are often referenced in 21st Century Learning discussions. I’m focusing my efforts on three pillars that need to be thought through in order to bring 21st Century Learning thinking to actual production. It’s not the ‘how’ of 21st Century Learning, but it’s the ‘what we need’ to be successful point of view. I’m also not discussing budgets; various levels of government, industry, school boards, unions and the like simply need to get on with this evolution. 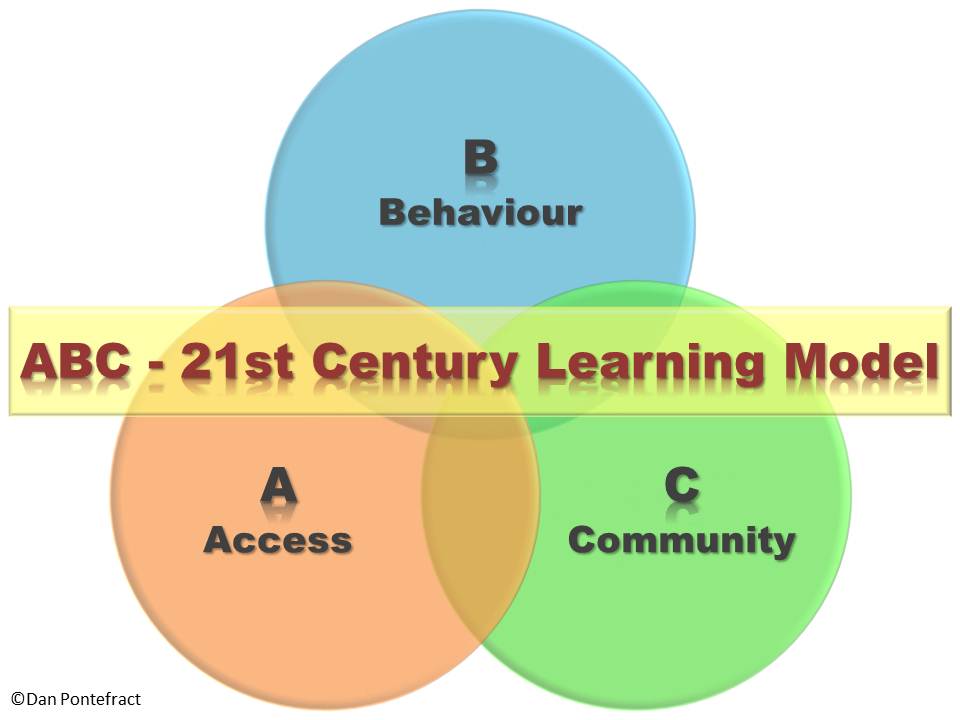 Michelangelo was quoted as saying, “Ancora Imparo”, or if you’re not fluent in Italian, “I am still learning”. To me, learning is positively porous. Learning happens at all times of the day, through all mediums, and certainly not solely in the walls of a classroom. We don’t learn from a teacher in isolation; we learn with various teachers and a million other variables in formal, informal and social ways.

Access is providing the holistic environment that permits the learning to actually occur at all times of the day regardless of physical or virtual locale the student might visit.

Access is redesigning the learning experience from one stuck in the 19th century of a single schoolroom model to one that runs parallel with the way in which society has evolved. Access is providing an experience that allows the student to connect, collaborate and communicate with fellow students at any point in time, through any medium, and at any location. It is about being online, sure, but it’s also about being located in a physical space that accommodates collaborative discussions face-to-face.

Access should be thought of as the new bedrock of K-12. Without it, we’re simply slapping icing on a burnt cake.

Bottom line: we need to provide students, teachers and administrators with an environment that addresses the four bullet points outlined above. 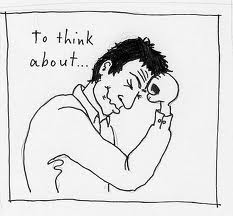 Let’s face it, there are several divides at play here.

For starters, the level of digital competence of our students compared with many (certainly not all) teachers, administrators et al is significant.

Secondly, the thought of treating students as a customer of the education system is as large a divide out there.

Thirdly, the time allowed to teachers to conquer various divides of their own (new teaching styles, utilizing technology in the teaching process, being more collaborative with other teachers/schools, eradicating the photocopier – gasp!) is enormous. Is it being addressed in the B.Ed programs either?

Fourthly, the divide between student and parent is growing to epidemic levels. Parents are busy, I get it, but this one might scare me the most.

Fifthly, where is industry? Why did it take Bill Gates this long to ‘give back’ to the K-12 space … noble and cool as his work has become. The divide between industry and the K-12 sector is one that can easily be overcome.

Lastly, the various and contentious divides between teaching unions, governments and school boards is one divide that needs to be cemented shut once and for all.

We need to change our collective behaviour. We need to unlearn what we’ve all learned. We need a new normal.

Behaviours that need to be considered include: 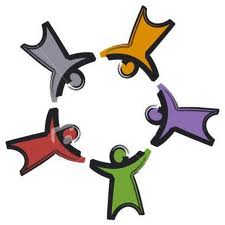 K-12 schools might just be the best definition of a community.

But is it the right type of community for 2011 and beyond?

If we’ve agreed that ‘Access’ is important to ensure 21st Century Learning can actually take shape, and that a radical upgrade/redo of various ‘Behaviours’ are important to help us cross the finish line, ‘Community’ is equally important because it’s the way we should be teaching going forward.

Community can be defined as follows: 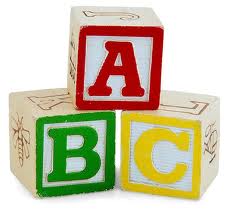 Over the past few months, I’ve had the privilege of speaking with several Ministries/Departments of Education and a few individual schools as well. Some of it was based on the TEDx talk I delivered in 2010, some through work circles and some through the wonderful world of social networks.

This particular post is intended to solidify those conversations into something more concrete for future purposes.

I don’t believe 21st Century Learning can truly take shape unless all three components of the ABC model are addressed in parallel. They might not all come to fruition at the same time, but within the various discussions that a school/school board/government might have to kick-start 21st Century Learning into action, all three ABC’s must be considered.

PS. There are all sorts of other great 21st Century Learning models and thoughts out there. A few that I’d like to highlight include:

“Since the way we run universities now is such a train wreck, what’s a better way?”

Is The Root of All Evil the B.Ed Program?