A Lesson On Balancing Purpose With Profit 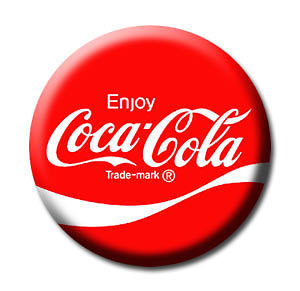 [dropcap style=”normal or inverse or boxed”]W[/dropcap]hen I grew up in the 1980’s, I was both amused and bemused on the date of April 23, 1985. New Coke was introduced to the world on this day. Back when I had hair, parading the streets of a rough and tumble neighbourhood in Southern Ontario, the children were either Catholic or Protestant, Toronto Maple Leaf or Montreal Canadiens fans and of course Coke or Pepsi drinkers.

I was firmly in the Coke camp.

“New Coke,” I gasped to my friends. “This must be a practical joke. How could they do such a thing to us?” We immediately started hoarding cans of “Old Coke”, saving them for the coming Coca-Cola brownout.

As we now know, it was not a joke, rather (arguably) one of the strangest ideas ever to surface and be executed on in the corporate world. Mercifully, the company pulled the plug on “New Coke” and brought back “Old Coke” as “Classic Coke” and balance was restored. The shift back to “Classic Coke” was so much of a controversy that ABC News’ Peter Jennings actually interrupted a daytime soap opera (General Hospital) to report the change in direction at Coke.

Coca-Cola Enterprises (CCE) is one of the world’s largest bottlers and distributors of Coca-Cola. They are a separate entity to the mother ship of all things Coke in Atlanta, known as The Coca-Cola Company. CCE serves the countries of Belgium, France, Great Britain, Luxembourg, Monaco, the Netherlands, Norway, and Sweden, handling roughly 8 percent of Coca-Cola’s global volume of sugary drink distribution. That makes CCE the world’s third largest distributor of Coke products.

Up until February 24, 2010, CCE handled and distributed all bottles and cans of Coke. But by 2010, the Coca-Cola Company – the aforementioned mother ship – paid over $15 billion to CCE to take back the delivery of Coca-Cola products to North Americans. CCE’s business became solely Western Europe based and the mother ship in Atlanta began to wrap its hands around North America distribution.

On August 6 of this year, CCE announced it was merging with Coca-Cola Iberian Partners and Coca-Cola Erfrischungsgetränke AG to form Coca-Cola European Partners, creating the world’s largest independent Coca-Cola bottler based on net revenues. Regarding the merger, Muhtar Kent, Chairman and Chief Executive Officer of The Coca-Cola Company said, “With the strong leadership that will be assembled from across the three organizations, Coca-Cola European Partners will be well-positioned to deliver better and more effective service to customers throughout Western Europe and drive profitable growth across multiple beverage categories.”

Customers and profits are important. But importance is also found by serving other stakeholders including society, communities, the environment and employees. I bring up this background and history for a couple of reasons.

You may think Coca-Cola is one giant company. It’s not.

More importantly, I think it is time for “New Coke” to resurface.

I have a challenge for this new organization, Coca-Cola European Partners (CCEP), and its CEO, John F. Brock. The challenge is to truly demonstrate that the new company can become a “New Coke” organization depicting its mission that puts purpose on par with profit. In doing so, CCEP can showcase to organizations of any ilk that the goal of a for-profit organization is not shareholder supremacy.

First off, Mr. Brock is already demonstrating aspects of the purpose and profit balance with the former CCE organization he used to be CEO of. Despite it being a company that ended 2013 with net revenues of $8.2 billion and net income of $677 million – delivered by approximately 11,750 employees – Mr. Brock began to cultivate an organization that was bringing a greater balance between purpose and profit.

For example, in an external summit it organized called Future for Sustainability, the company partnered with Cranfield School of Management and The Financial Times to conduct research on the future of sustainability, where it found:

Kudos go to Brock for not only sponsoring research on the future of sustainability and the social enterprise, but for organizing the summit itself. To provide further insight into Brock and his belief in combining purpose with profit, read what he had to say in the days before the summit kicked off:

“I have been a firm advocate of two principles: that business must contribute to society and the environment, and that every investment a company makes should return value to the business. I do not believe these principles are mutually exclusive – in fact, I believe they are mutually beneficial.”

It may be a statement that could be heeded by CEOs and Directors from every for-profit organization in existence. Business must contribute back to society, its employees and the environment, but it suffers from the lingering hangover of “Reaganomics” and the myopic view that increasing shareholder return is the only goal of an organization. In fact, Brock states as much later in his piece:

“We face many obstacles on the journey towards combining profit and purpose. The market system in which we operate will continue to look for and reward outstanding financial performance – it is our job to better define and communicate the financial benefits of integrating social and environmental impacts into business strategy to this audience.”

Indeed, a “New Coke” organization needs to rethink the purview of being an “increasing shareholder value” only company.

In a study with 75 multinational CEOs called The UN Global Compact-Accenture CEO Study on Sustainability 2013: Architects of a Better World, 79 percent of CEOs believe better sustainability and purpose practices will lead to increased competitive advantage in their industry. That is the good news. Those same CEOs, however, believe the current economic climate and competing priorities create obstacles to achieving what they know is the ‘right thing to do’, thus preventing a better balance of purpose with profit. Again, it is the stock market and financial forces that becomes a hindrance to real change.

“Ultimately, we are in unchartered territory; society is facing bigger, more serious challenges than ever before and there is an expectation on business to play a central role in addressing them. The successful companies of the future will combine profit with purpose, and successfully define their broader contribution to society and the planet.”

It is no wonder Brock’s own study with Cranfield School of Management and The Financial Times surfaced a 67-point gap between the views of current CEOs and future leaders when it comes to purpose in the organization. Not only is change hard, a balance between purpose and profit seems to be playing out as a new form of greenwashing. CEOs might talk a good game about combining purpose and profit, but not much is actually happening due to the entrenched “market system” and this sort of thinking claiming to be “uncharted territory.” Perhaps we can call it “purpose-washing”.

But I believe it is time for “New Coke”.

For John F. Brock of Coca-Cola European Partners, perhaps it is time to not only talk about purpose with profit; it is time to put a stake in the ground as it puts together the newly merged company. Take for example what Brock’s former organization, CCE, describes as its primary objective:

“Our primary objective is to deliver a superior investment return to our shareowners through consistent increases in long-term operating cash flows and profitable increases in sales volume.”

If – as Brock states – purpose and profit can become “mutually beneficial”, I am wondering if the new leadership team will create a “purpose statement” rather than a “mission statement” that mistakenly depicts “superior investment return” as its number one priority. This is merely “Classic Coke” vernacular. I would expect someone like Brock to engender himself in 2015 to updating the primary objective of the new organization, CCEP, to include both purpose and profit. This action would back up his previous thoughts around purpose.

The Future for Sustainability summit developed an infographic that outlined seven key steps for leaders to take, as it pertains to the shift to a more balanced purpose and profit-based organization. What is interesting is the seventh step, which suggests leaders must “educate themselves” and “change their mindsets” when it comes to combining purpose with profit.

Again, for Brock, I’d love to see him go the extra kilometer and not only distribute such a powerful infographic, but educate his new leadership team to change the mindsets at CCEP such that their primary objective does in fact become a proper balance of purpose and profit. Who are the true stakeholders of CCEP? Is it solely shareholders, or does it include customers, employees, partners, the supply chain and society in general?

It is time to let go of the “Classic Coke” mindset and the myopic view that an organization’s purpose is solely to increase shareholder value. Profit must blend with purpose going forward. CCEP can become a leader arguably following in the footsteps of “purpose and profit” organizations such as Unilever, Virgin and Whole Foods.

One comment on “A Lesson On Balancing Purpose With Profit” 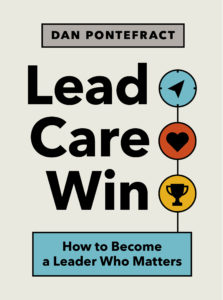